This article is a part of a new series where we will be featuring Career Center alumni who are working in fields related to the programs they studied. 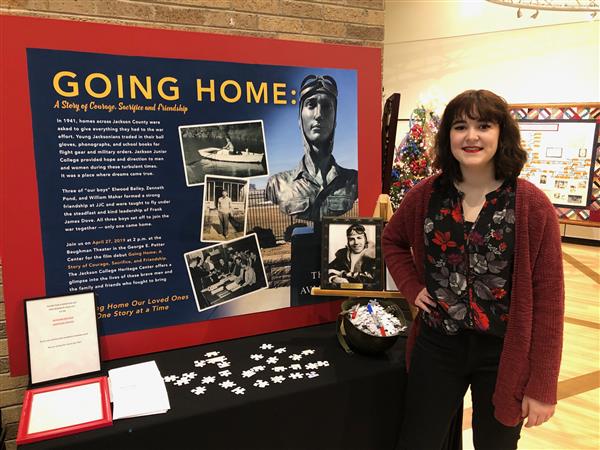 Meet Lilia Helmbreck! She’s a 2017 graduate from Concord High School who took our Visual Communications program for two years. She is currently pursuing her Bachelors degree in History at Jackson College while volunteering at the Heritage Center, which collects and shares the stories of Jacksonians who have helped shape American history.

“At Vis Com, I was able to find an area that I enjoyed the most and for me, that was photography. I worked on learning Adobe Photoshop and Illustrator programs, as well as screen-printing and professional photos. Visual Communications equipped me with basic computer skills, photo editing and interdependence.”

Those skills allowed Lilia to contribute to an upcoming documentary created by Jackson College’s award-winning Heritage Center students. “Going Home: A Story of Courage, Sacrifice and Friendship”, will make its debut Saturday, April 27 at the Potter Center. The film is about three Jackson Junior College aviation students who formed a strong friendship and joined the war together in 1941. Only one of them came home.

“The film ‘Going Home’ is our way of remembering those two men,” says Helmbreck. “During this project, I was given the opportunity to photograph newspapers, research the 39 boys who died in World War II and were students of Jackson Junior College, as well as fit photos into the script of the film.” 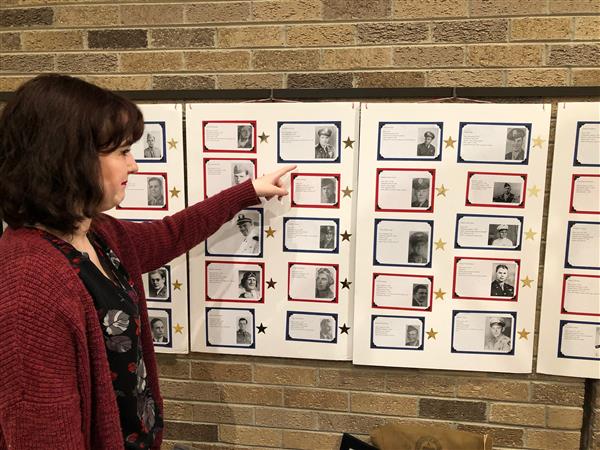 The Jackson Women’s History Council recently honored Helmbreck with The Susan B. Anthony Scholarship award. She also received an Emerging Leader Award, recognizing her outstanding work with the Heritage Center.

“At the Heritage Center, I found a love for local history, and moving forward, I believe I found my passion in continuing to preserve our local history,” says Helmbreck. “Next fall, I will be enrolled in Albion College and there I will continue to nurture my love for history.”

“Going Home: A Story of Courage, Sacrifice and Friendship” will debut at 2pm on Saturday, April 27 in the Michael Baughman Theater at the Potter Center. All are welcome to attend this free event. 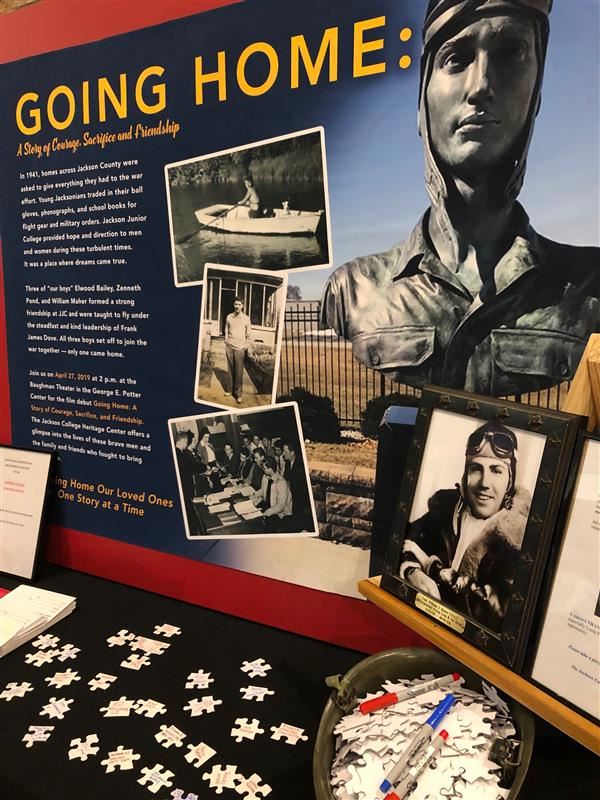