Jackson, Mich. – Nearly 150 high school seniors who have a plan to further their career goals after graduation were recognized in a special ceremony on Wednesday, May 8 at the Jackson Area Career Center.

The Career Center partnered with The Michigan Department of Talent & Economic Development’s (Ted) GOING PRO campaign for the first-ever National Signing Day. The idea was modeled after signing days involving high school athletes. Career Center students who have a plan to further their career goals – whether that is enlisting in the military, entering the workforce, working and continuing their technical training or attending college – were recognized.

“We want to celebrate our students who have taken the career skills they’ve learned and will be applying them to the next level”, says Dr. Mark Pogliano, principal of the Jackson Area Career Center. “We think having a plan is worthy of such an honor.”

Two ceremonies were held to honor both AM and PM students. Dozens of employers, college representatives and military representatives were also in attendance for some of the students, as were principals and superintendents from several districts in Jackson County. Parents also showed up to be a part of this special recognition ceremony.

“National Signing Day is a great way to for us to highlight the technical training our students receive while supporting the employment needs of our local businesses,” says Work-based Learning Coordinator Ron Richards. “It was important to honor the commitments our students are making following high school graduation.” 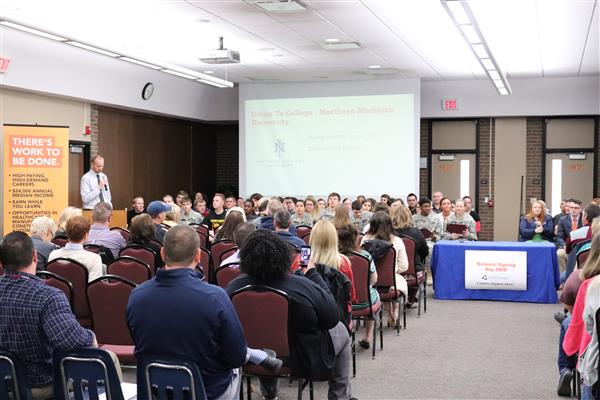 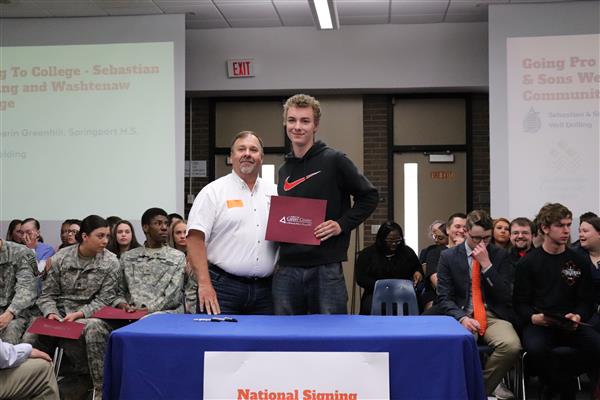 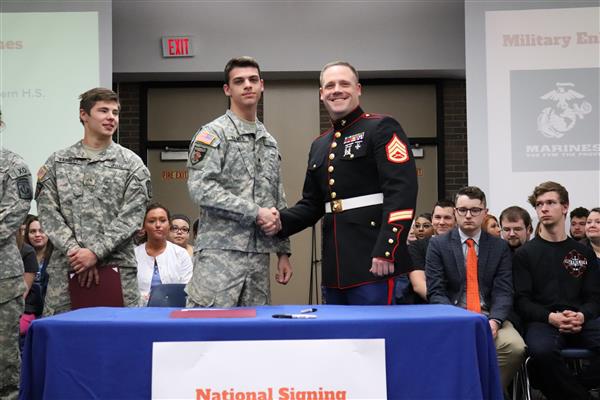 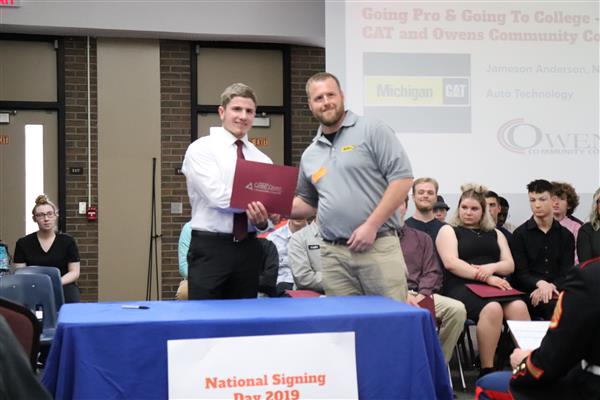 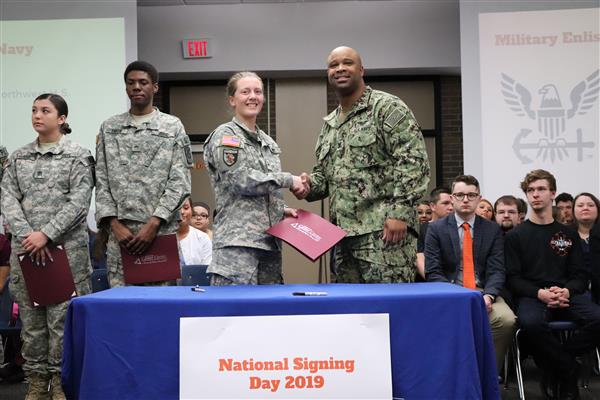 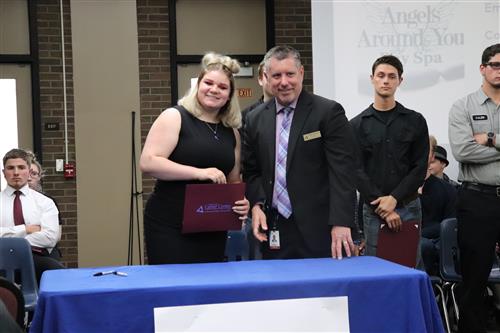