Incumbents retain seats in 2019 JCISD Board of Education Biennial Election

Jackson, Mich. – There won’t be a need for new nameplates in the boardroom at the Jackson County Intermediate School District.

Vice President Douglas Schedeler, who was first appointed in 2003, was elected to 4-year term that will expire in 2023. Robert Inman and Erin Slater both won 6-year terms. Secretary Inman joined the JCISD Board of Education in 2013, while Trustee Slater was appointed to fill a mid-term vacancy in July 2018. Their terms will expire in 2025.

“Our board members have a deep passion for public education and are dedicated to making sure every student in Jackson County has opportunities for success,” said JCISD Superintendent Kevin Oxley. “The district is fortunate to have the voices of Douglas Schedeler, Robert Inman and Erin Slater impacting our community’s education.”

Local boards of education cast their votes during Monday evening’s biennial election at the JCISD Kratz Education Center. The results were reported to the Jackson County Clerk Tuesday morning. 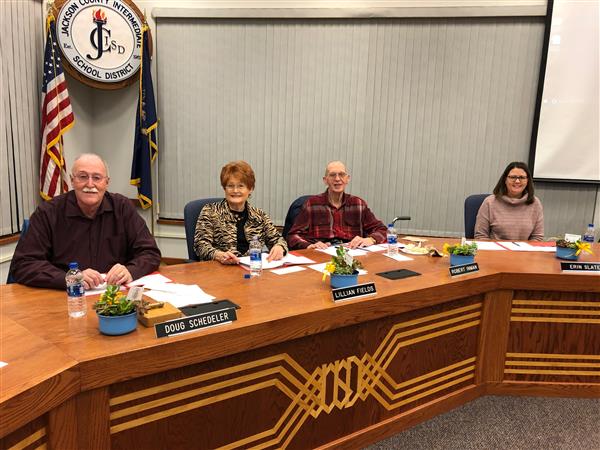