Jackson, Mich. -- Police officers are adding a new item to their patrol cars that will help make a difference when interacting with kids who have limited communication.

The Jackson County Intermediate School District donated twenty-five “Bubby's Backpacks” to the Jackson Police Department during a presentation at the Lyle A. Torrant Center on Friday. The bags will come in handy when officers come into contact with a non-verbal child or a child with autism. A group of Jackson County ISD speech therapists came up with the idea after an officer found a non-verbal child with autism running in the road in the middle of the night last summer.

“We knew most autistic, nonverbal children come from Torrant, so through my connections with Jackson schools, I was able to get in contact with Torrant Center Principal Amy Rogers,” said Jackson Police Officer David Stallworth. “Amy happened to be out of town, but I was able to reach her assistant principal at his home address. We used PowerSchool, an amazing resource the district utilizes to track students, and that helped us identify the child and the parents.”

While the incident ended with the 11-year-old boy safely reunited with his mother, Officer Stallworth was determined to make the next encounter with a non-verbal child a better one. “Officer Stallworth came to me and asked if we could set something up,” said Kathleen Koebbe, a speech therapist with the JCISD. “Communication boards was how it started and from there it blossomed into sensory bags.”

“Bubby's Backpack”, inspired by the child’s nickname, includes a squishy ball, a slinky, a koosh-ball, noise-canceling headphones, a bean bag, a soft blanket and a communication board. “We support the Core Vocabulary initiative ISD-wide, so we laminated a board and included a body with emotions so if the child was hurt or frustrated they could point that out,” said Krystie Adorjan, a JCISD speech therapist. “On the back we included letters and numbers, as some of our students are able to point out their name or phone number with the help of visuals.”

Jackson Police Lieutenant Sergio Garcia says the bags are a great compliment to the autism training his department has gone through. “The timing of this incident came just after a department-wide training for our officers, which included a presentation by a retired Lansing police lieutenant, who has an autistic son. So it was all just meant to be.”

Officer Stallworth says a “Bubby's Backpack” will be placed in each patrol car to help establish some communication and provide that immediate comfort. “Officers only get a snapshot of a child for the brief time that we have them, so trying to ease their nerves and give them a sense of comfort is pretty important for us. Having these resources provided to us from the district gives us an opportunity for us to bridge that gap,” says Officer Stallworth.

JCISD Speech Therapist Kim Cubberly says officers will be able to use the bags for other people as well. “Officers may come across an elderly person who is found wandering around and they’ll be able to provide them a blanket, give them some comfort and even use the communication boards to help with any confusion they may have.”

The Jackson County ISD and Jackson Police Department look forward to continuing their partnership in the future through a First Responders Day to familiarize students with police. The JCISD also hopes to create additional backpacks for more police departments. “We’ll make sure the surrounding agencies know we have these bags in our patrol cars, so if they do need this resource, they can simply call a patrol car over,” says Lieutenant Garcia. “We’ll make sure the entire community benefits from this.” 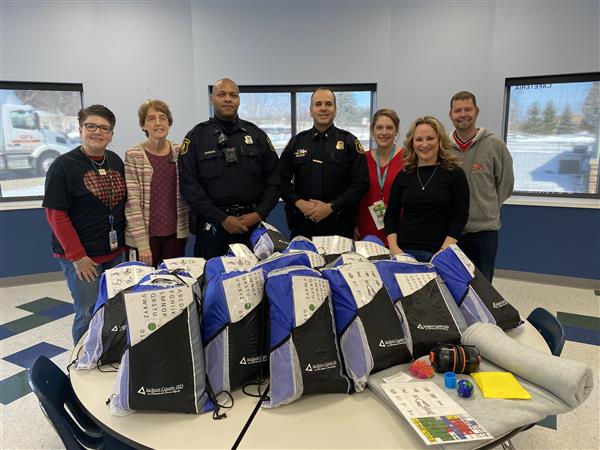 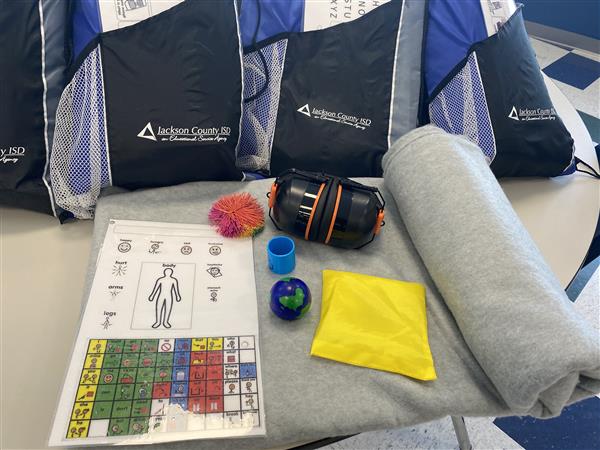