“If I wouldn’t have gone to the Career Center, I probably wouldn’t have my own company,” said Hicks, owner of Hillside Excavation. The business is only a year-old, with nearly 200 jobs already in the books. One of his current clients is the Career Center, which hired him to excavate the ground where students in the JACC Construction program will be working once the 2022-23 school year begins. “I jumped at the opportunity to quote this job. Being a former student of the program, I was excited to be a part of this new student-built home” said Hicks.

21-year-old Hicks graduated from Concord High School in 2019, but he didn’t wait until he got his diploma to get his foot in the door of the construction industry. During his senior year, he worked with Boss Construction, where owner Tyler Boss took him under his wing and showed him the ropes, putting him in charge of projects and other tasks. “I met a lot of great contacts while working with Tyler. One thing led to another and now I own my own business,” said Hicks. Boss was also a former JACC construction student, and graduated from Western High School in 2006. Boss says he’s not surprised at Josh’s quick success. “I’ve known since early on that Josh would be on to big things before long,” said Boss. “He is honest, passionate, smart, and a model to his generation for his work ethic and drive.”

It wasn’t long before Hicks decided his real passion in the construction industry was operating heavy equipment. He didn’t want to go to college; he wanted to open his own excavation business. Hicks set his sights on doing just that, and with all the contacts he made while working with Boss Construction, he was already off to a great start. It was intimidating at first, but Hicks quickly realized he made the right decision. “Yes the equipment is outrageous - an excavator can cost more than $200,000, but you can make $10,000 a day with it. After some number crunching, I knew this was possible.”

“Josh was an energetic learner who was involved in a lot of activities, both at home and school,” said Ross Green, Josh’s construction instructor. “He was involved in SkillsUSA, where he competed at the Regional Carpentry competition in Lenawee County. I met his parents there and I could tell they were a very supportive family,” said Green. Hicks says Mr. Green was also instrumental in his success. “He pushed me so hard in that class,” said Hicks. “Mr. Green was a great mentor - that’s one of the reasons why I wanted this job. It feels good to give back in a way.”

JACC Construction instructor Paul Denkins, who will be the lead on the site house this fall, says it’s been a pleasure working with the JACC alum on this project. “Josh is a capable and tenacious young man, although his best attribute is humility. If he is unfamiliar with something or doesn’t have the answer, he researches the process and presents solutions,” said Denkins. “That’s a tough spot for a young entrepreneur - everybody expects you to know everything because you own the business.”

As work on this new site house continues, Hicks is looking forward to showing the incoming construction students what is possible. “Once the new students start coming out here, they’ll be able to run this machine and help me backfill the foundation,” said Hicks. “I got to do the same thing just a few years ago when I was working on the site house down the street. Now I’m on the other side of it - and it’s pretty cool.” 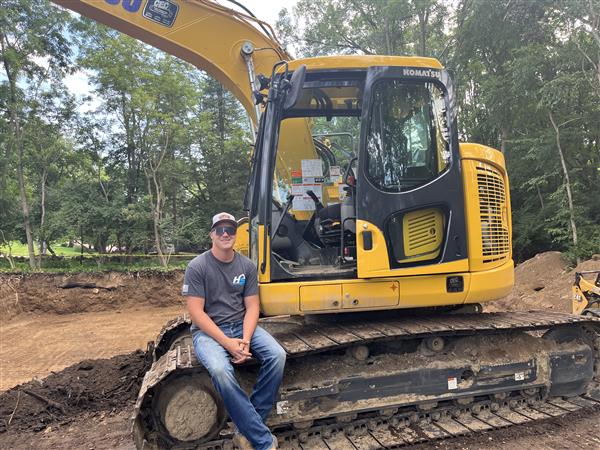 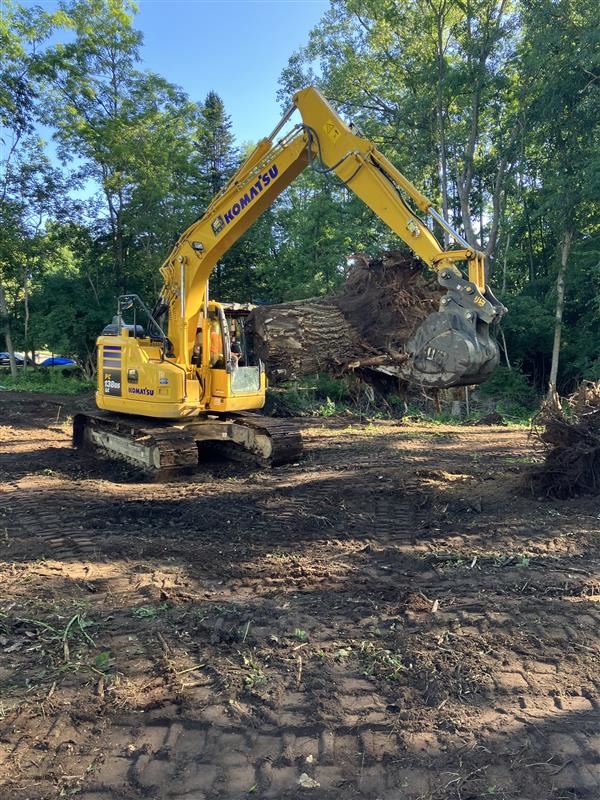 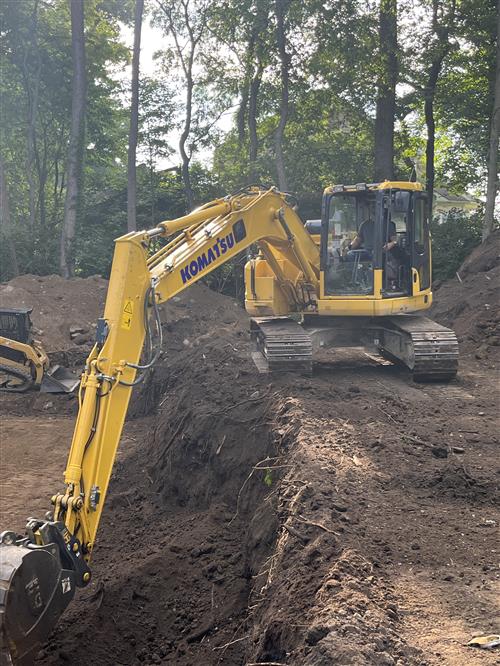 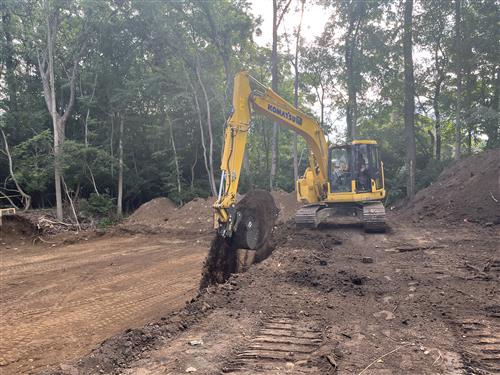 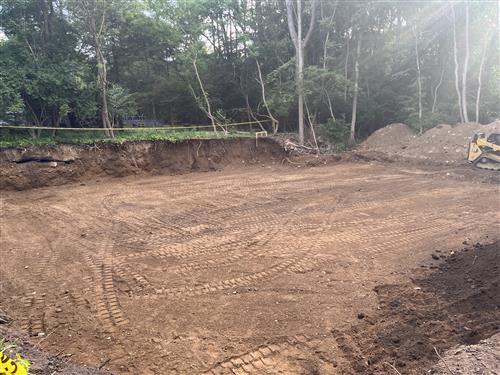 It is the policy of the Board of Education not to discriminate on the basis of Protected Classes in its educational programs and activities and employment. Protected Classes generally include race, color, national origin, sex (including sexual orientation or gender identity), disability, age, religion, height, weight, marital status, military status, ancestry, genetic information and such others as are defined in federal or state law. More detailed information can be found in the Board of Education Policies on this website. Inquiries and complaints regarding discrimination in programming and employment may be referred to any of the following: Catherine Brechtelsbauer, Director of Human Resources and Legal Services, 517.768.5155; Dan Draper, Principal, Jackson Area Career Center, 517.768.5222; Amy Rogers, Principal, Lyle Torrant and Kit Young Centers, 517.787.8910.
Copyright © 2002-2022 Blackboard, Inc. All rights reserved.