‘Beyond our expectations’; Career Center students go above and beyond on vehicle project for Northwest Community Schools

Jackson, Mich. – When Wendy Dreyer handed over the keys to the Northwest Marching Mounties’ new Gator utility vehicle to the Jackson Area Career Center for a paint job, she had no idea she’d be picking up a UTV that looked like it had been completed by a team of professionals at a real body shop.

“It looks way better than I could’ve ever imagined,” said Wendy Dreyer, Northwest Community Schools Band Booster President. “I expected to come in today and still see the yellow John Deere seats and logo. I was not expecting this - it’s phenomenal,” said Mrs. Dreyer.

That team of professionals is actually a mix of high school juniors and seniors from around Jackson County who are enrolled in the Career Center’s Automotive Collision Repair program. The program’s lab space could be mistaken for a real body shop too, with its professional paint spraying booths, industry equipment, and large space to work on several vehicles at once.

“What a great opportunity this has been for our students,” said instructor Brad Taylor. “We were thrilled with the opportunity to do a service like this for one of our local schools. We got the Gator in October and it’s been fun to see our students take it from its original green and yellow John Deere look to Northwest’s signature colors of black and red,” said Mr. Taylor.

To make that transformation, students first had to dissemble the Gator. That meant removing the bench and seats, side panels, the bed, the headlights and taillights, and the tires. From there, the entire vehicle had to be sanded down to remove any shine to make sure the new paint would stick. Students even painted the shocks and the undercarriage. The project took about six months to complete, with students working on it when they had time to fit it in. Other times they focused only on the Gator project.

Skyler Goodman, a junior from Northwest, was one of the Auto Collision Repair students who worked on the Gator. Being a Mountie himself, you could feel the pride he felt as he described the project. “I personally liked the entire process, being able to talk to everyone and detail it, get it done and see the finished product,” said Skyler. Devin Grady, a junior at Springport, also liked seeing the end result. “I like the fact that it turned from a lawn vehicle to something way more professional,” said Devin. Northwest senior Jared Brand said it was fun from start to finish, agreeing with his classmates that the outcome was the best part. “The paint job, it just looks so great.”

Auto Collision Repair students weren’t the only ones involved in this project. To get the decals just right, students collaborated with two students from the Visual Communications program, who used their graphic design skills to provide the Northwest logo and “Marching Mounties'' letter cutouts. Juniors Damion Pahl and Braylon Pritchard, also Northwest High School students, created about a dozen versions so the students could practice laying the graphics on a prototype of the hood, which involved laying down a primer, then a black base coat. From there, white paint was laid down, more graphics, then a layer of red paint, more vinyl pieces and then sprayed with paint again.

Both Damion and Braylon also felt a sense of pride being involved in a project that will be seen by their fellow students at Northwest. “I think it’s cool that we got to do something this big, it wasn’t just a little project,” said Damion. “It has a real impact - it’s going to the Marching Mounties and people will use it and see it everywhere, it’s kind of overwhelming.” Braylon sees it as something that opens up a lot of opportunities. “It makes me feel good to see our work on display like this,” said Braylon. “This wasn’t a normal assignment, it was a project for a client. It shows us what’s possible when you work as a team toward a common goal.”

When Mrs. Dreyer and Northwest Director of Bands Bryan Mangiavellano arrived at the Career Center to see the finished product they were beyond impressed and said the students should be very proud of themselves. “The details are really, really amazing,” said Mr. Mangiavellano. “It just means so much more that students took the lead on this project. In our band, it’s really student-driven, so for this to be student-driven as well, just makes it that much better.” 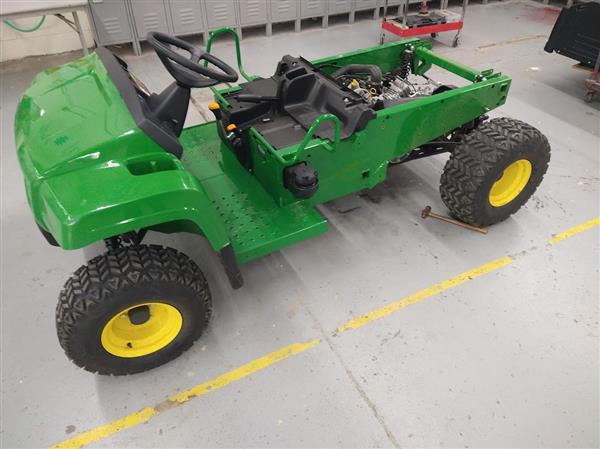 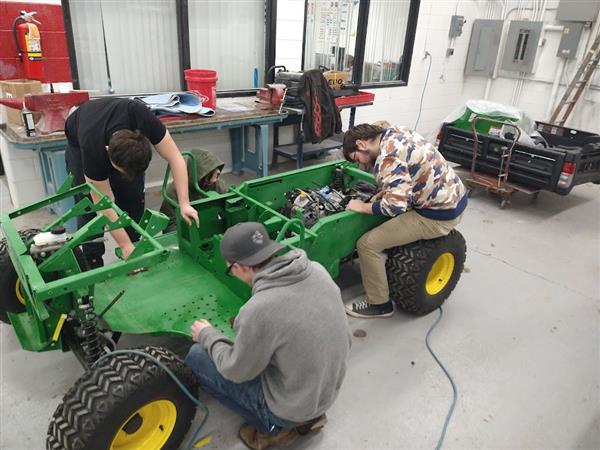 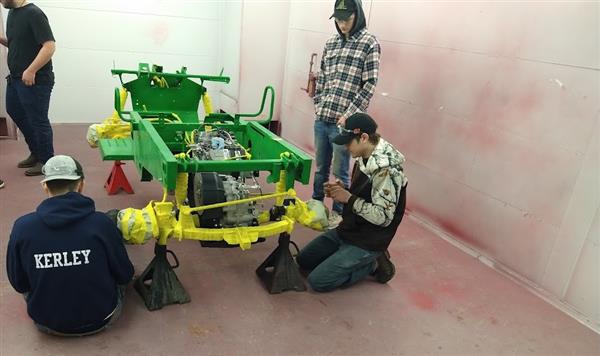 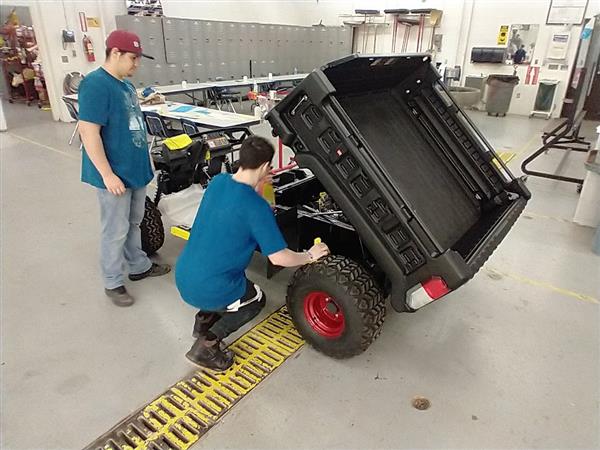 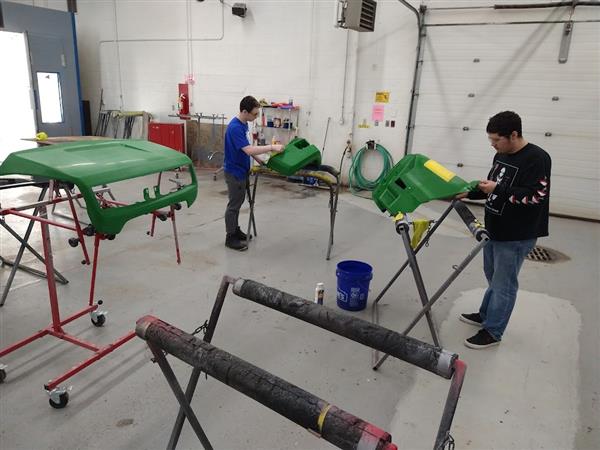 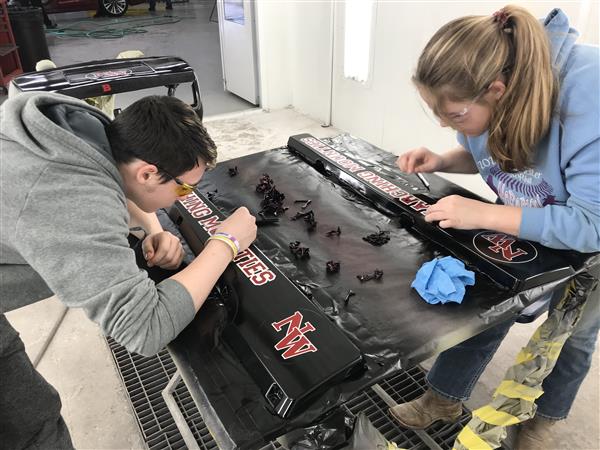